Justin Trudeau recently announced that if elected prime minister he would allow travellers from Mexico to come to Canada visa free.

Sounds simple enough, doesn’t it? What Justin and his speechwriters may not realize, however, are the significant security implications this would have on our Canada Visa immigration system. 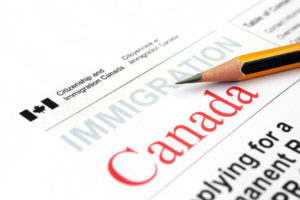 Mexico is in the midst of a gruesome drug war that has ravaged the country for the better part of a decade. If Canada were to scrap the visa requirement for Mexican visitors, anyone from Mexico could simply show up at our doorstep without prior warning.And once on Canadian soil, thanks to our incredibly generous laws, anyone can seek refugee status. This creates a perverse incentive for people around the world to hop on a discounted one-way flight to any Canadian city, claim they are a refugee, and use the full force of our law to convince a Canadian judge to let them stay. Toronto is the most popular choice; perhaps because the government of Ontario provides immediate welfare and healthcare services above and beyond what most Canadians receive, including full dental coverage.

Visa requirements allow Canadian officials to screen visitors and make sure they do not have criminal backgrounds or affiliations, and to ensure they actually plan on eventually leaving Canada. Canada placed a visa requirement on Mexican travellers in 2009. In 2008, nearly 10,000 Mexicans claimed to be refugees and asked Canada for asylum. About 90% of those asylum claimants from were eventually found to be bogus, requiring deportations on Canada’s dime. But by 2013, only four years after the visa was brought in, the number of Mexican asylum seekers went down to just 84, most of which were accepted as legitimate refugees.

Mexico is listed by Canada as a designated country of origin (DCO) along with other countries. These DCO countries have their claims processed faster, are not entitled to apply for work permits until their claim is approved and they lose certain avenues of appeal.

The Designation as a Country of Origin is not automatic. Countries are triggered according to either quantitative or qualitative criteria and are then reviewed. One quantitative threshold is the rejection, withdrawal and abandonment rate of claims at the Immigration Review Board being 75% or higher.

Canada lists Mexico as a country to exercise a high degree of caution as per the Canadian travel website.

Mexico has been a DCO since February 15, 2013. Click on this link for verification.