Canada currently collects a digital photograph and 10 fingerprints to verify the identity of foreign nationals from 29 countries and one territory for visa application to Canada.

The federal government’s move to expand its power to collect biometric information on visa application to Canada is giving rise to privacy concerns and calls for closer scrutiny.

But Prime Minister Stephen Harper is defending the budget bill provisions, saying “all privacy and legal standards” will be respected.

Harper expanding use of biometrics

The government currently collects a digital photograph and 10 fingerprints to verify the identity of foreign nationals from 29 countries and one territory when they apply to temporarily visit, study or work in Canada.The changes proposed in the government’s 167-page omnibus budget bill would amend the Immigration and Refugee Protection Act to allow the collection of biometric information from any person who applies to come to Canada.

Once an applicant is accepted, “further” biometric information could be collected “for verification purposes.”

The government expects that by 2018-19 it will be collecting biometric data from 2.9 million people annually.

Sonia Lesange, a spokeswoman for Citizenship and Immigration Canada, told CBC News in an email that a digital photo and fingerprints are “the only biometrics data applicants will have to provide.” She said visitors who travel to Canada without visas, such as Americans and Western Europeans, would be exempt from biometric screening.

Prime Minister Stephen Harper speaks about expanding the use of biometrics at a speech in Toronto on Thursday. (Nathan Denette/The Canadian Press)

But such details are not spelled out in the proposed amendments and would be deferred to future regulations — after the budget bill is passed.

During an announcement in Toronto Thursday, Harper said Canada already has access to the biometric data of other countries. Canada’s data, he told reporters, would need to be shared “to some degree” to verify identities and secure the border from “terrorists who wish to enter.”

“We’ll make sure people are who they say they are. Make sure the person who arrives in Canada is the same person who applied for the visa overseas,” he said.

The proposed changes did not go unnoticed by the Office of the Privacy Commissioner and the Canadian Bar Association, neither of whom was scheduled to appear before MPs or senators who were studying the amendments last week.

Daniel Therrien, Canada’s privacy watchdog, sent a letter to parliamentarians this week to ask about the extent of the changes following testimony by government officials.

Chris Gregory, director of identity management and information sharing with the Department of Citizenship and Immigration, told parliamentarians over the course of two days last week that the full extent of the changes would go into effect in “a global rollout” by 2018-19.

“We will be fingerprinting 2.9 million people [annually]. That will constitute all people making a temporary resident visa application: all students, all workers and all refugees.” Gregory said that would give the government time to implement a system “with world-class privacy protections.”

Popular use of biometrics in visa application to Canada

Therrien said while his office understands the challenges posed by identity verification and document fraud, “special precautions should be taken into account when collecting biometric information.”

Limits are a ‘critical element’ to visa application to Canada

The Canadian Bar Association urged the government to narrow the scope of the amendments and hold further consultations. 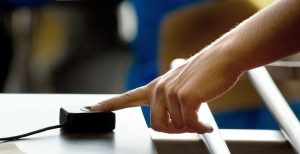 The government wants to collect biometric information from more people entering Canada. It currently collects a digital photograph and 10 fingerprints to verify the identity of foreign nationals from 29 countries and one territory when they apply to temporarily visit, study or work in Canada. (Chris Machian/Associated Press)

Deirdre Wade, the chair of the CBA’s privacy and access law section, said in a separate letter to parliamentarians, that identifying “a specific and limited purpose” for the changes is “a critical element missing” from the changes in the budget bill.

Are biometrics for a visa application to Canada a necessary addition? Is there a real threat that could be avoided with this implementation? Or is it, as Tom Mulcair explains, that “

[w]e should be afraid of people coming from other countries.”

Without a doubt the debate will continue.