Statistics obtained by the Association of Caregiver and Nanny Agencies Canada under an access to information request show the federal government has been approving as few as three and as many as 63 foreign caregiver applications each month since December, compared to 700 to 1,000 per month under the old rules. And documents seen by the Financial Post demonstrate the rules are being inconsistently applied. The government has approved some immigration applications that say room and board is available on a cost-free and optional basis and denied others that say the same thing, on the grounds that the family did not appear to be sincere about the room and board being truly optional.

As a result, caregiver agencies across the country are going out of business, the cost of hiring a nanny has increased dramatically and there are growing reports of a nanny black market, where caregivers unable to enter Canada on a legitimate work permit arrive under visitors’ visas and get paid under the table. A cap on the number of foreign caregivers that can get permanent residency has made Canada a lot less appealing to prospective nannies, who often work here as a way to get a foothold in the country before bringing their kids and husbands over. Many dual-income families, especially those who live outside urban centres, are deciding their only option is to have one spouse stay at home.

“One of the things they have done (in Ottawa) is make it nearly impossible to bring in a live-in caregiver,” said University of Western Ontario economist Mike Moffatt, who has made a specialty of studying temporary foreign worker data. 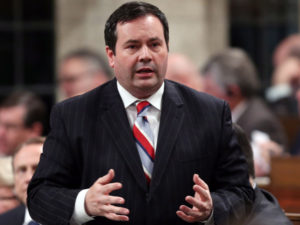 Spokespeople for Employment and Social Development Canada minister Pierre Poilievre, whose department is responsible for approving applications to hire caregivers, and Citizenship and Immigration minister Chris Alexander did not make the ministers available for an interview.

December’s changes were part of a series of reforms to the temporary foreign worker program that came after months of accusations and embarrassing news reports over non-Canadians supposedly taking jobs away from hapless citizens. Royal Bank of Canada came under fire for reportedly asking its employees to train temporary foreign workers who were set to replace them. When Moffatt compiled a data analysis showing the number of temporary foreign workers had doubled over the course of a year in Windsor, Ont. — the unemployment capital of Canada — it sparked days of debate in the House of Commons.

But Moffatt said he suspects the government’s main motivation in effectively cancelling the live-in caregiver program is to make those embarrassing statistics look better. “People were asking, why are there so many temporary foreign workers in places where people are hurting for jobs? I think the government wanted to act on that.”

Gruber Hersch said situations where families genuinely need a live-in caregiver include those where both parents are shift workers, professionals working long hours and people living in small towns with few public transportation options. She said highly skilled professional women who thought they would be able to hire a nanny are leaving the workforce instead.

Gruber Hersch said when she started the association six years ago, she had 35 caregiver agencies in her membership. Today, the number of agencies across the country has shrunk to about one-third of that, she said, with only the biggest agencies likely to survive.

Canada has increased the application requirements for the live-in caregiver program. This does not mean Canada wants nanny agencies to fail or Canadian citizens to be in hardship. The honorable former employment minister Jason Kenney explains permanent residents were taking advantage of the program to bring their family members here.

Now, not only do Canadian families have to meet an income requirement when applying for the live-in caregiver program, but, the live-in caregiver must meet educational requirements. Additionally, the educational requirements must be from a reputable Care-giving educational institution (this can be a problem in countries such as India). Moreover, a documented level of proficiency in the English language is required. The demands of Employment and Social Development Canada for Labour Market Impact Assessment approval are at a high level. But, a reachable one. You just need the right Corporation/person to find the solutions for your immigration.