“The changes didn’t really do anything for us, it has just made it worse,” said Torres, a parishioner at St. Michael’s Cathedral, who spoke to media on Aug. 30. “It has put me in a trap and I don’t know what do.”

Torres, who came to Canada through the Live in Caregiver in 2012, was laid-off for the second time last October.

[Canada live in caregiver] program
and announced a number of changes, such as the removal of the live-in condition, which sought to improve conditions for caregivers. At the time, Torres was delighted by the news. 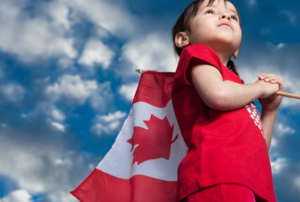 The Caregivers Action Centre says as many as 90 per cent of Canada live in caregiver program LMIAs have been rejected since the new process was implemented.

“Without an LMIA caregivers in Canada cannot start new jobs and caregivers outside of the country can no longer come here,” said Karina Francisco, a spokesperson for the advocacy group.

The group also claims that average processing times for permanent residency application, which those in the Canada live in Caregiver program can file after completing 3,900 hours of work, have doubled from 23 months to 46.

Despite the criticism the spokesperson on behave of Alexander insisted the Canada live in Caregiver program reform has improved the program.

“The reformed (Live-in) Caregiver Program provides faster, safer and better opportunities for caregivers in Canada,” said Alexandra Day. “Under the improved program, approximately 90 per cent of all competed LMIA applications have in fact been approved contrary to what was cited by conference attendees.”